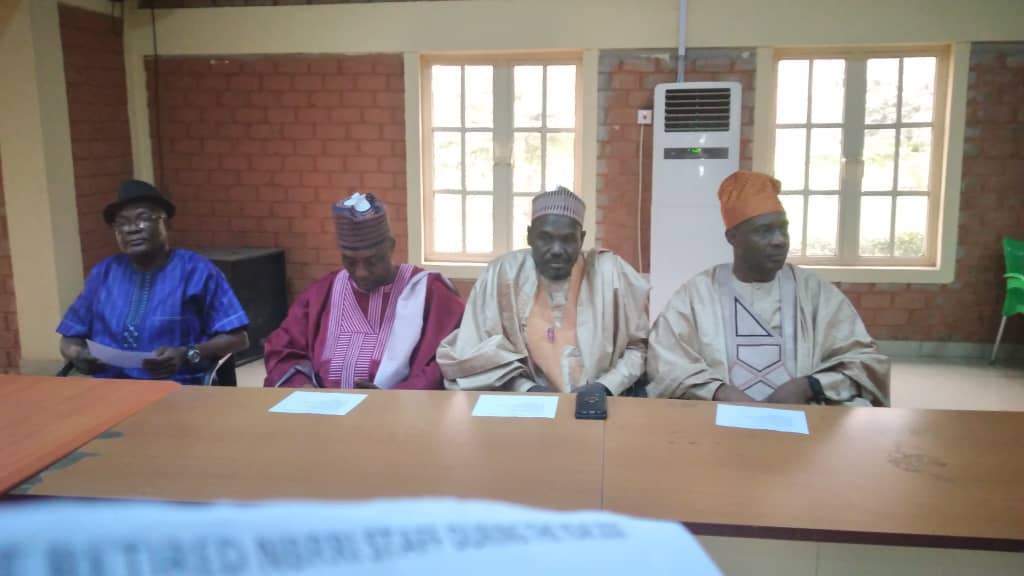 NBRRI HONOURS ITS STAFF AS THEY BOW OUT OF SERVICE

The event which took place on Wednesday 15th December 2020 at the NBRRI NLC, OTA was attended by members of NBRRI Board, the Ag. DG/CEO of NBRRI, Directors, Heads of Departments, and other Staff of the institute.
The Ag. DG/CEO NBRRI in his opening remarks welcomed the Board Chairman and members and appreciated the Directors and Heads of Departments as he stated that he would not have asked for a better management team to work with than what he has in place.
He applauded the retirees for their service to NBRRI and Congratulated them for retiring well and strong and that their legacy will remain in the sands of time as well as in the hearts of staff of NBRRI their services have influenced positively.
In the same vein the Chairman of NBRRI Governing Board, Hon. William Wadni, congratulated the retirees, he then gave words of encouragement and told them that because of their enviable legacy and service to NBRRI, they might be called upon at any time for consultations on some matters. He prayed for the retirees, and advised them to engage themselves in other ventures as they now have vast knowledge and time, that being retired those not mean the ball has stopped rolling.
The retirees were presented with awards of service as well as gift items from management of NBRRI as well as members of staff.
The retired staff include
1.    Dr. Francis Aitsebaomo.   Director, Road Research Department/Coordinator NLC, OTA.
2.    Mr. Raph Menegbe.          Director, Admin and Personnel
3.    Engr. Hassan Danjuma.   Director Procurement and Maintenance.
4.    Pastor Edwin Ezeh.             Deputy Director, Admin and Personnel.
5.    Mr. Henry Fawolu.             Building Research Department
6.    Mr. Darlington Alozie.         Admin and Personnel.
0 Comments Author nbrriadmin